Student presentations and lecture by Father John Behr on 20 January

On Friday afternoon the 20th of January, Pre-Master and Minor students gathered in the Orthodox Parish Amersfoort to present one of their final 1st semester papers. The presentations were very informative and inspiring. In the evening Fr John Behr delivered a mind provoking lecture on the concept of the ‘church’ in early Christianity, comparing it to our contemporary ideas relating to this subject. 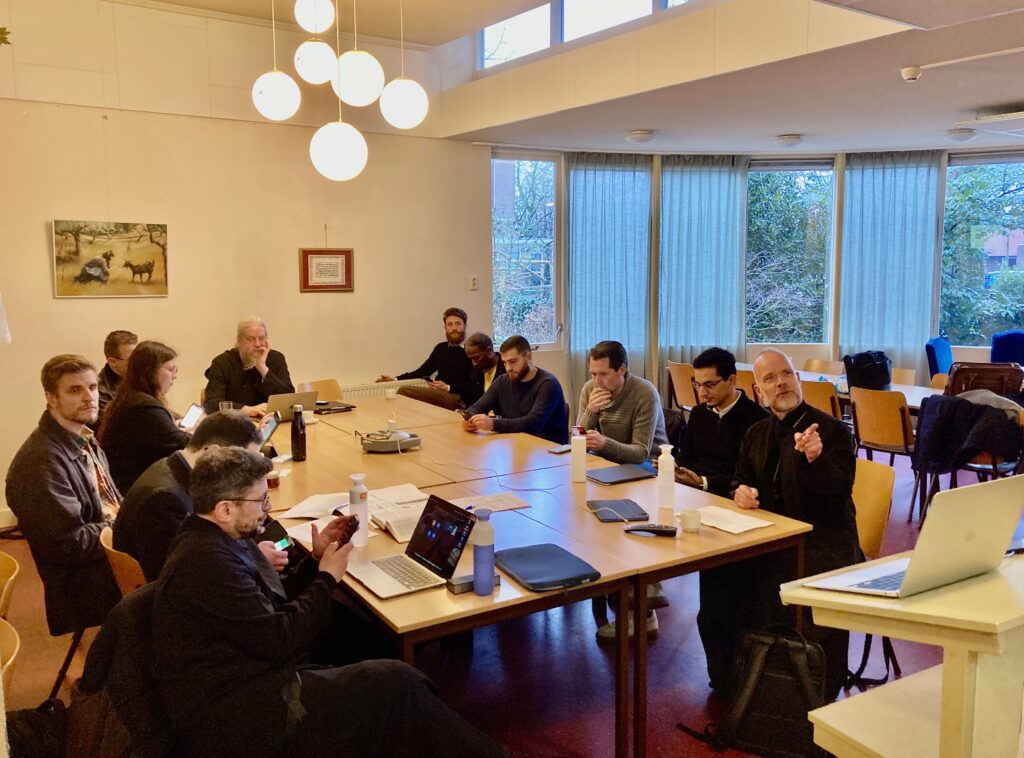 On Friday September 9th, St Irenaeus institute was officially inaugurated at its new home, Radboud University in Nijmegen. Metropolitan Athenagoras, co-chairman of the Orthodox representative body, performed a small blessing of the waters. The other co-chairman, Archbishop Polycarpus, pronounced a prayer and the blessing. The dean of the faculty, Prof. Heleen Murre-van den Berg, welcomed the institute at the university. Fr John McGuckin delivered a lecture with the title St. Cyril of Alexandria (c. 378-444): The Reconciler of the Church’s Family Feuds. He was then named an honorary fellow of the institute. The rector of the institute, Fr Michael Bakker, presented an overview of the institute’s programmes and projects. Finally, the chancellor of the university, Prof. Han van Krieken addressed the large audience, present in the hall or via a livestream. 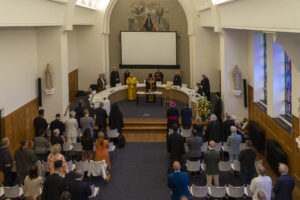 Fr John McGuckin summarises the lecture he delivered as follows: ‘The great Christological arguments of the fifth century have left divisions in the catholic and apostolic churches of the East and West (families of belief which are closely bonded by shared spirituality and deep tradition), which are present even to the present day, despite many attempts to resolve them. One of the stumbling blocks is the issue of whether the Council of Chalcedon in 451, with its doctrine of ‘two natures – one hypostasis in the Incarnate Lord’ betrayed the theology of St. Cyril of Alexandria which had been given oecumenical status at the Council of Ephesus in 431, and whether it contradicted his teaching of the ‘One Incarnate Nature of God the Word Made Flesh’? St. Cyril has sometimes been portrayed as someone who stirred up conflicts, but can it be closer to the truth that he was very concerned for the unity of the church? and may model for us today ways out of our theological divisions that are both faithful to the patristic tradition yet also open-heartedly ecumenical?’

Preceding the inauguration on September 9th, Fr Joseph Lucas from Florida successfully defended his PhD thesis Offerer and Offering, Cyril of Alexandria on Jewish and Christian Sacrifice. Promotor was Fr John Behr and co-promotor was Fr Andrew Louth, both staff members of St Irenaeus Institute. The defence preceded the inauguration of the institute at Radboud University. 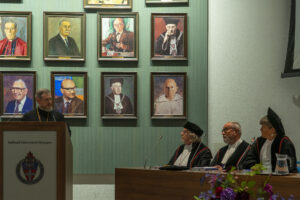 On February 7th 2019 Fr Alexandros Chouliarias succesfully defended his PhD thesis at the predecessor of our institute, the Amsterdam Centre for Orthodox Theology. The subject of his thesis was the anthropology of Saint Gregorios Palamas.

‘Welcome to our kitchen’

On Saturday September 10th in an open house event called ‘Welcome to our kitchen’, St Irenaeus institute organised a programme in the Orthodox Parish Amersfoort which allowed prospective students and others to sample what our institute has on offer. In two rounds of mini-lectures by our staff members, prospective students and others were able to get a peek into our kitchen. The mini-lectures were followed by a colloquy, in which our two Honorary Fellows, Fr Andrew Louth and Fr John McGuckin participated. 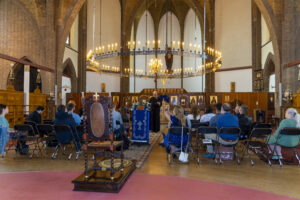 The colloquy discussed the subject Orthodox Theological Education in the 21st Century. On our YouTube-channel recordings of the colloquy and mini-lectures can be found.

The day passed in an enthusiastic atmosphere, full of animated encounters. Several prospective students registered for our academic programmes.

Ordination to the priesthood of Yonas Dessu 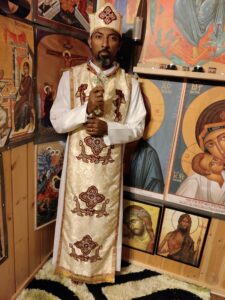 One of our Pre-Master students, Yonas Dessu, was elevated to the priesthood on October 2nd, the Feast of the Exaltation of the Cross in the Eritrean-Coptic Amanuel Church in Kristiansand, Norway. On this occasion, seven men were ordained by Bishop Paulos of the European Dioceese, led by His Holiness Patriarch Abune Qerlos I. Fr Yonas will mainly serve in the Archangel Michael Church in Drammen as well as in other churches in Norway.

On Thursday, September 1st, Metropolitan Kallistos (Timothy Ware) was buried in his hometown of Oxford. He died August 24th, almost 88 years of age. Memory Eternal!
His many books, articles and lectures are characterised by his profound knowledge, coloured by the practice of an Orthodox life. Making the complex tradition of Eastern Christianity accessible to a broad audience, with clarity and wit, was one of his main strengths. In doing so, he built bridges to Western Christianity, where his religious roots lay (he was raised an Anglican). Even at an advanced age he traveled all around the world. His books The Orthodox Church and The Orthodox Way have become a guide for many. With his wise counsel he gave direction to his spiritual children on their life’s path. 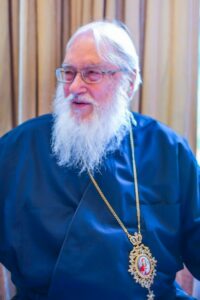 Metropolitan Kallistos can be viewed as the spiritual father of St Irenaeus Orthodox Theological Institute and of three of our staff members. He supported the establishment of the predecessor of our institute (Amsterdam Centre for Orthodox Theology) with enthusiasm and was keenly interested in its further development. Continuing in his vein, we aim to both deepen our knowledge of our different traditions and remain open to new developments and insights from within and without Orthodoxy. Our point of departure are the original works of Fathers and Mothers of the Church, to be studied preferably in the original language. His extensive work on translations has inspired us to prepare a Dutch translation of the Psalms from the Septuagint. Metropolitan Kallistos has visited The Netherlands several times. Here you’ll find a lecture he delivered in Amsterdam in 2015, as part of the colloquy Modern Orthodox Thinkers. He, typically, starts by joking about his own passing.

Ordination to the priesthood of Simon Saliba

On July 24th one of our alumni, Simon Saliba, was ordained to the priesthood. He successfully finished our Pre-Master programme, continued his studies at Master’s level, and graduated with a degree in Spiritual Care. Currently he works as a chaplain in several institutions. Mor Polycarpus, archbishop of the Dutch diocese of the Syrian-orthodox Church and a board member of the representative body OZI (‘Orthodoxe Zendende Instantie’), ordained him for the Mor Augin parish in Hengelo. May God bless Fr Simon!