We capitalise the word ‘Orthodox’ when referring to one of the main traditions within Christianity (Orthodox, Roman-catholic and Protestant), in order to distinguish between this meaning of the word and the adjective ‘orthodox’ which may refer to particular groups within Protestantism, Judaism or Islam. The adjective ‘orthodox’ is often associated with conservatism. Orthodox Christians regard themselves as traditional, but not necessarily as conservative.

Out of the Early Church and the general Christian tradition developed what are now called the Orthodox traditions. Within them we distinguish two families, which are called – in the terminology of the World Council of Churches – Eastern Orthodox and Oriental Orthodox. The pull-down menu gives an impression of the richness and diversity of these traditions, globally and in The Netherlands. 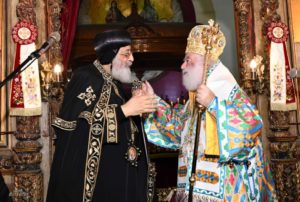